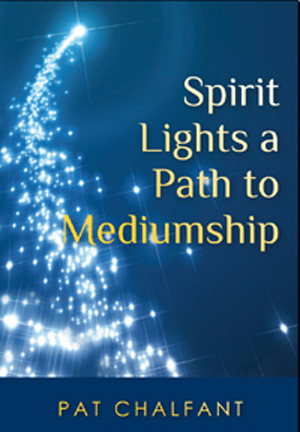 WILMINGTON, NC, July 07, 2017 /24-7PressRelease/ — While many of us believe there is an afterlife, for most it is just that – a belief. But where is the proof? The proof will not be found by science; it will instead be found in experience.

CARE Certified Medium and author Pat Chalfant knows, beyond any shadow of doubt, that the afterlife exists. For Pat and many of her students and clients, the proof lies in the experiences they have shared.

“A client booked a reading with me on March 9th, 2006, and mentioned in the inquiry that she was doing some automatic writing and just needed to think about that out loud with someone who had some professional background and experience in extrasensory perception. She really needed assurance because she had never read about this kind of thing or had any kinds of spiritual or psychic experiences so she had no clue about what was what.”

“The two main correspondents were musicians of yesteryear, one who died in the 1970’s and the other in the 1990s, both were extremely well-known. I asked how she had found me and asked if she had put ‘psychic medium’ in a search engine. She told me, ‘You know, that’s a funny thing because I was looking for something entirely different in Yahoo, and your name just popped up.’ She said she asked the famous musician who had taken the lead in instructing her in automatic writing and metaphysical subjects in general whether it would be all right for her to speak with me about her doubts, because she needed someone on earth to give her advice about all of it. We’ll call him John, and she said he immediately seemed very happy about that and said that was ok. Previously, he had not wanted her to speak with any mediums because he was afraid they would tell her bad things about him, but he said I was ok with him.”

“The reason that I was so enchanted and so convinced by the things this young medium told me was that this man, John, had told her all the right things, everything that makes mediumship safe. And all of this had happened entirely through just practicing her automatic writing on a daily or nearly daily basis for a couple of months.”

“She met up with two mediums before she began the automatic writing who gave her important signposts. The first one was at a party at Christmas time and told her that many spirits were around her and making it difficult for this medium to enjoy herself at the party because they were so “loud.” She said that this young woman would receive a present from a co-worker and it would have the musician John’s picture on it and a mirror. She was given an object for Christmas with his picture on it, as predicted, and her boyfriend took off a sticker on the back of it for her to discover it was covering a mirror.”

“The next medium came into her coffee shop and said that she wasn’t allowed to give anyone a reading unless they asked her for one. ‘So ask me,’ she said. The girl, who had never met any mediums or psychics in her life before, but would soon be a medium herself, said, ‘Okay, give me a reading.’ This reader told her that she was going to be involved with two men who were spirits and their names were John and Micky and they were famous musicians.”

“Later this woman said she can hear spirit voices but she hears them speaking as if they spoke in her own voice. After the girl developed the ability to hear spirit (clairaudience) she heard spirits speaking as they had on earth.”

“A lot of proofs began to be brought to her of the same sort as had happened with John. These were arranged by the other musician whom we will call Micky. She had gotten a copy of a reality show that had recently been produced and had involved him, even though he had died ten years before, and when she put it on to play it in the restaurant she owns, the lights immediately dimmed, then flashed. She played it several more times and each time the lights did a show for everyone, so that everyone could see it and comment to her on it. That was one of the things she realized early on, that these inexplicable happenings nearly always happened when other people were around so they could tell her about them, verify them for her, and so people began to mention that there was something that seemed almost “planned” about these things that happened around her.”

“She found taped interviews of them both and she recognized their voices.”

“She had had more than enough proofs that these guys were around her by the time that she gave in and, standing in the middle of her bedroom at 2 a.m. one morning, she said to nobody visible, “Okay, I know you’re there, tell me what you want?”

She realized, then, that there was a pencil and paper by her bed that she didn’t remember putting there, so she said, ‘Okay, if that’s what you want, I’ll try it.’ And she did…she sat down, put the pencil to the paper,…felt a slight push on her hand…and the rest, as they say, is history, or it will be when the book that John is helping her to write comes out.”

“After she had done a certain amount of automatic writing and had gotten to know the two, she knew that Micky still had unfinished issues on earth that made him bitter and sad, but that John had met Micky because of her and he was on a different plane than Micky.”

“Both John and Micky told her they wanted to prove to their families and friends that they were still alive on the Other Side. They indicated that they wanted her to take copies of their automatic writing to their loved ones on earth to prove they still existed and to help straighten out misunderstandings.”

More on this story can be found at Pat Chalfant’s website: www.patchalfant.com.

Pat’s inspirational book, ‘Spirit Lights a Path to Mediumship’, explains how Pat, a real skeptic regarding such matters, developed mediumship abilities and now lives a life transformed by the spiritual. The book has 7 5-star reviews. Mediumship is a controversial issue and Pat understands this, but she also believes that credible mediumship holds the promise of real benefits for mankind that have not been fully explored.

She has written a column on parapsychology and interviewed Hollywood stars and the psychics who read for them for a national newspaper. Other topics she’s taught and written about are: past life therapy, death and dying, the Edgar Cayce work, the Cathars, and Spiritual healing.

The Association for Past Life Research and Therapies newsletter published a series of her interviews with psychiatrists, psychologists, and hypnotherapists who were all west coast pioneers of past life therapy. She also teaches internationally online and intermittently hosts an online Spiritualist circle, Spirit Lights Chapel.

Pat offers one-on-one client readings arranged via email, and offers classes in mediumship. She hosts a YouTube channel that offers information on mediumship. All are now available at her site.

Pat’s online courses are exactly like the ones she teaches regularly in a classroom setting in Portland, Oregon. These classes are held online so that anyone can take part no matter where they might be in the world. Some students receive one-on-one, private instruction and others share instruction with a group of students.

Private psychic readings can be done over the phone and can be scheduled by email.

Oregon Spiritualist Medium Pat Chalfant’s amazing psychic gifts have helped hundreds of individuals worldwide. Pat has written a column on parapsychology and interviewed Hollywood stars and the psychics who read for them for a national newspaper. Other topics she’s taught and written about are: past life therapy, death and dying, the Edgar Cayce work, the Cathars, and Spiritual healing.

The Association for Past Life Research and Therapies newsletter published a series of her interviews with psychiatrists, psychologists, and hypnotherapists who were all west coast pioneers of past life therapy. Pat believes that series is destined to become a book. 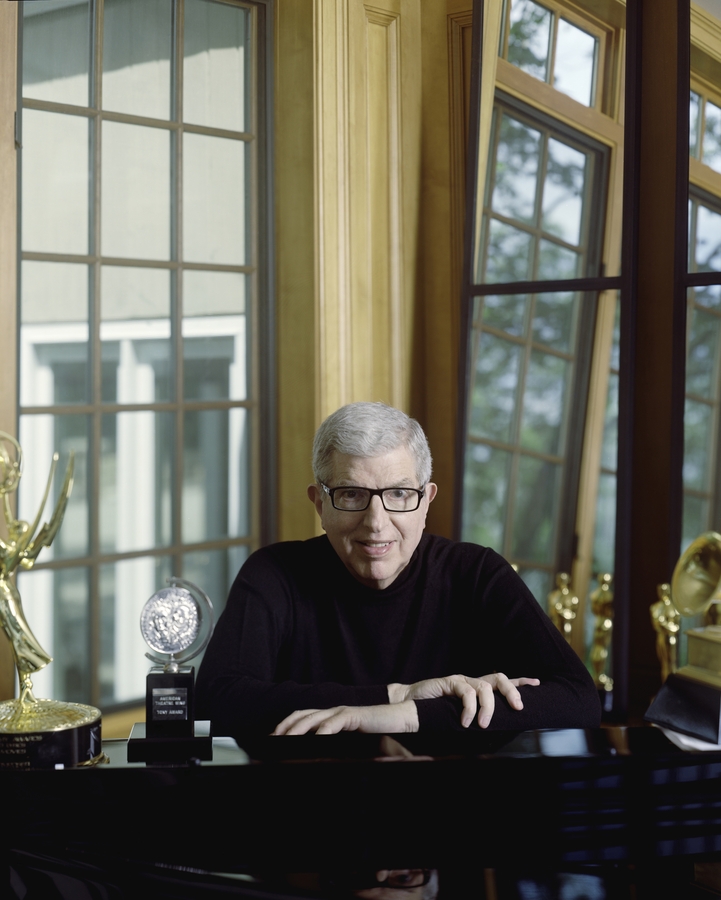 The Marvin Hamlisch International Music Awards to be Launched in New York on November 18, 2019