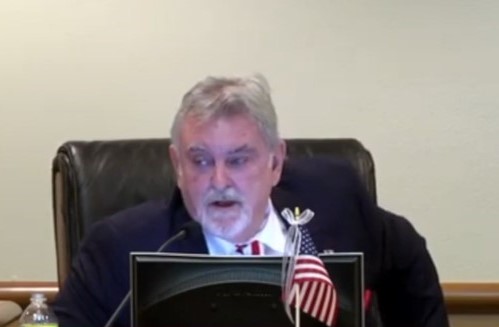 An investigative report has found that Bradenton City Council member, Bill Sanders, created a hostile work environment at the Bradenton City Hall, with one complainant saying he had made City Hall “a miserable place to come to each day.” The investigation, which took place after three people filed complaints against Sanders, included around 30 interviews with current and former city employees and officials. These turbulent events constitute the opposite of Bradenton’s official slogan – “The Friendly City”.

The report found that Sanders may have broken city rules and Florida law. He has been accused of pressuring city employees to post his own personal photos on the government’s social media platforms for political purposes and asking employees to support his re-election campaign, both of which are violations of the Florida Code of Ethics. He also tried to get the city to pay for his own “personal public records requests.” The report concluded: “While he is not a city employee subject to dismissal if he were a city employee, there is no doubt his employment would be terminated for his egregious, repeated violations of this policy.”

The complaints began in April, when Bill Ackles, the city’s record management officer, sent a letter to the city administration, saying that Sanders’ conduct had turned City Hall into “a miserable place to come each day.” The investigation was led by a third-party attorney specializing in governmental entities and nonprofit organizations in the areas of labor, employment, civil rights, business disputes, Sunshine Law, and board governance., Gray Robinson Partner Stephanie Marchman.

The main complaints in the report came from an unnamed city employee in his twenties, who said that Sanders’ “continued behavior has created nothing short of a hostile work environment.” He said that Mr. Sanders “repeatedly makes false and inflammatory statements about anyone he chooses”, and “regularly makes unwarranted, unsupported and unfounded accusations of corruption and even violation of laws.” The employee noted, “These repeated experiences with Mr. Sanders, have even had a negative impact on my home and personal life.”

Without evidence, Council Member Sanders accused employees of hiding and deleting records. When one city employee sent a media link to council members and department heads, he shouted at her, even though he had requested for her to “distribute all news media regarding our city.” The link in question was from the Sarasota Herald-Tribune regarding the claim that he created a hostile work environment, which he called “not true, very one-sided, and ‘fake news.’”

In another case, Council Member Sanders requested that a city employee post a photo of him standing in front of a monster track with his arm extended in the direction of a “Killing It Lifestyle” logo painted across the truck doors. The website of Killing It Lifestyle, an apparel, and entertainment brand, says that “Killing It [is] being a live wire and ramping everything you do up to the next level. It’s Killing It!”.

The report found that Council Member Sanders repeatedly yelled at employees, calling them “liars,” “crooks,” and “corrupt.” In one case, this extended to physically blocking the exit of the employee’s office and threatening to have them fired. “People here hate you,” he told one employee. This conduct extended into public meetings, where the investigator found examples of his “intimidating, abusive, and threatening behavior” in audio and video recordings. According to the employees, such behavior is unprecedented.

In one June 2019 incident, Council Member Sanders became so angry with an employee because he believed that she was responsible for the City Council’s decision not to fill an administrative assistant position that he tried to grab her and was only prevented from doing so when she ducked out of the way. Another time, he was removed by the Bradenton police from the VIP area of a Hernando DeSoto Historical Society event following a physical altercation.

As a result of Council Member Sanders’ behavior, few City Hall employees claim they have been scared to come to work each day because they fear Sanders. To address this problem, they employed a “buddy system” – changing their work hours to be sure that no one is alone with Council Member Sanders and creating a four-finger hand signal to let one another know when he is in City Hall. The city also installed surveillance cameras to survey Sanders’ movements, so employees could avoid interacting with him. Despite this, at least two city employees resigned due to his mistreatment.

During the report’s interviews, several city employees became emotional, with two reporting that they are on medications due to his treatment of them, with one reporting she cannot sleep at night because of nightmares about Council Member Sanders. Some of the witnesses said that Sanders was harsher towards female employees, with others calling him an “equal opportunity bully.” According to the report, he has yelled at and physically intimidated both male and female employees. The report did not find that he made any inappropriate comments based on gender or any other protected characteristic.

Mr. Sanders was not interviewed by the investigation, after insisting on what the investigator called “unreasonable conditions.” These included his insistence on recording the interview and having his own witness present. “I insist on my right to defend myself against any allegation and to condition my response is violating my rights,” he said. “Any report without my input should not be considered.” Talking to the Bradenton Herald, he called the report “a diversion and a political distraction to discredit a sitting councilman that’s trying to get good government and I’m not quitting.”

Bradenton City employs 600 people who provide a range of municipal services, including police, fire, public works, utilities, and planning and development services. The City Council is made up of five members, each of whom represents a ward within the city, and the mayor. Council Member Sanders was elected to his first term on the City Council in 2018 after winning a landslide victory against former Councilman Bemis Smith in Ward 4. In November, he faces a challenge from two newcomers: Kurt Landefeld and Lisa Gonzalez Moore.

The report recommended that the city take any action appropriate to hold Council Member Sanders accountable based on the findings, and to “protect city employees from his intimidating, abusive, and threatening behavior as well as his direct requests for city staff support, political or otherwise.” It did not state what this course of action should include. The city attorney and city administrator are currently deciding on the next steps.